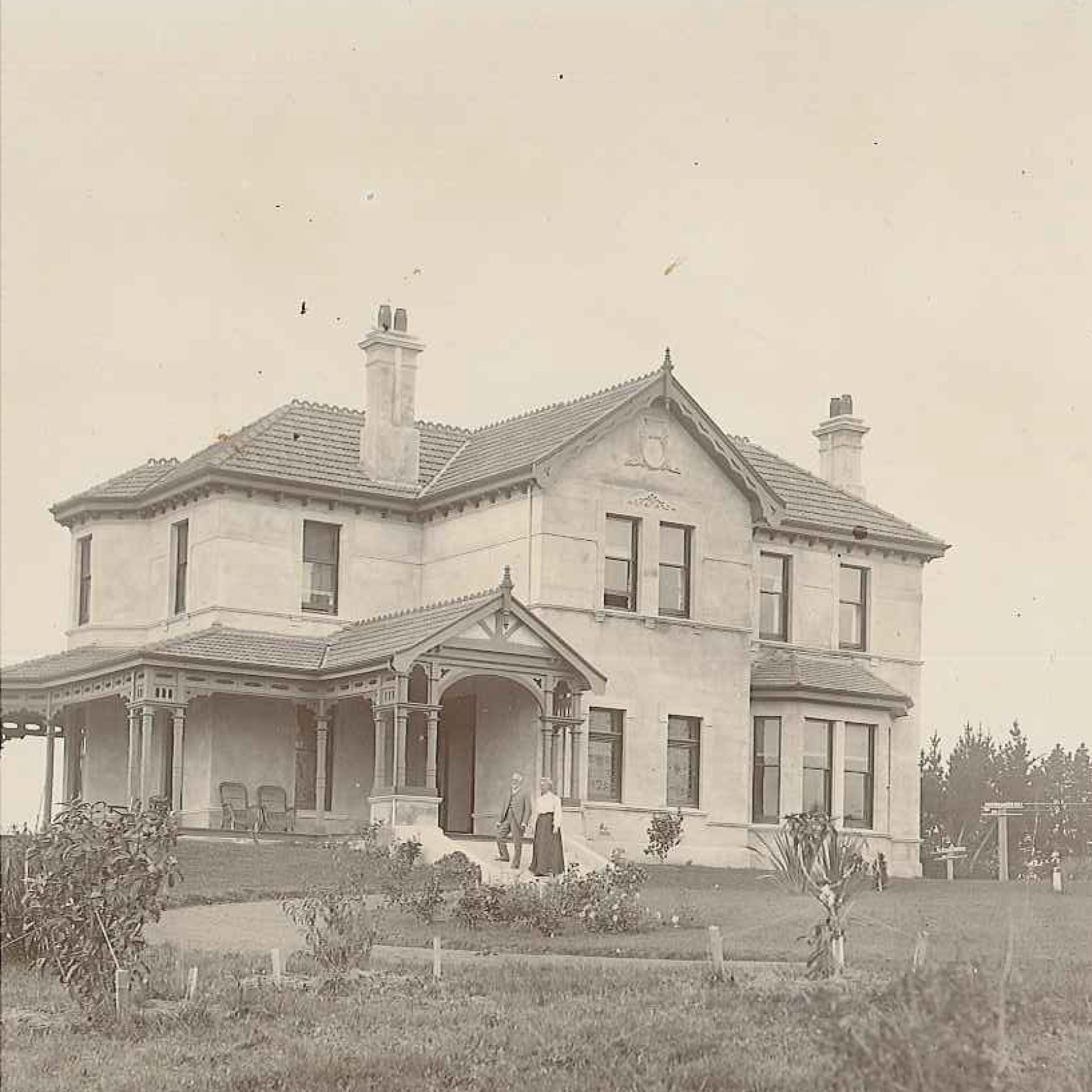 Aigantighe (Scottish Gaelic for ’home of welcome’ and pronounced Aig-an-tighe) was originally built in 1905 (attributed to the architect James S Turnbull) for Alexander Grant (1831-1920) and Helen Grant (1854-1955), who had emigrated from Scotland and farmed Gray’s Hills Station in the Mackenzie Country. The Grant family lived in the ‘Aigantighe’ for 50 years; Alexander Grant passed away in 1920 at the age of 89, and his wife Helen in 1955 at 101. Their daughter, Jessie Wigley, with the support of her brother, James Grant (who had inherited the house on their mother’s death) gifted the house and its grounds to the people of Timaru in October 1955 to establish the District’s first and only public art gallery, to be known as the Aigantighe Art Gallery

Today the Aigantighe Art Gallery is a public art gallery that continues to collect, exhibit, preserve, research and educate visitors about local, national and international arts – it is a vibrant cultural landmark that inspires, engages and at times challenges the communities of the South Canterbury Region and its visitors.